locks love in deep as nectar

Phew, it was touch and go whether I could combine the two challenges this week:

I have three A4 sides of paper covered with scribblings and scrubbing out, I went down some dark allies with those two words and could not seem to find my way back into the light and to linking them with BLOOM. I considered abandoning the Haiku challenge – but determination kicked in, it is a challenge after all, and at last I made it. Haiku traditionally take inspiration from nature so I think it works.

This is the first year I have succulents flowering outside. They look like aliens from another planet, but the colours are gorgeous, with a soft ‘bloom‘ on them.

This week’s entries in the Photo Challenge: Erika, smell those lilies; Garry’s rose; Jamie‘s hot colours, beautiful light; Cathy’s Plan A and Plan B, which would you choose?; Melissa’s blue bells, but not bluebells.

It’s not too late to join in!

This photo was standing by as understudy, and rather than discard it I thought I would give it its moment and let it take a bow. 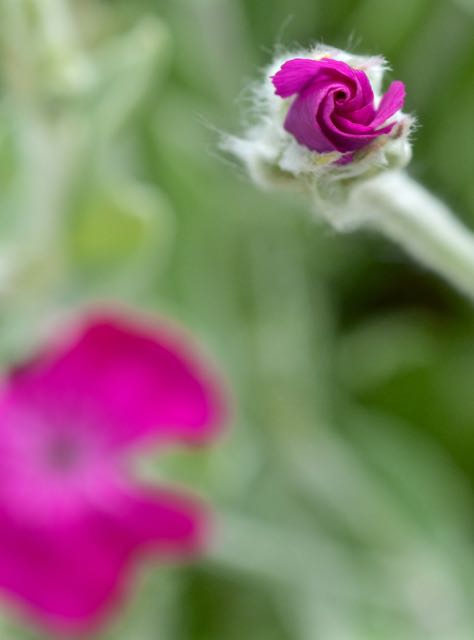 Gosh how I love that colour!

Next week it is time to get HOT for the Photo Challenge!

Exploring Life on the Edge

Life and Creativity in the South of France