The Joys of Whistle Stop Cottage

Whistle Stop Cottage, Newbridge, Nr. Pickering is a gem. I found it through Air BnB,

It was right by the Steam Railway line and at the time I was there there was always some activity to be seen whilst they were carrying out necessary maintenance. 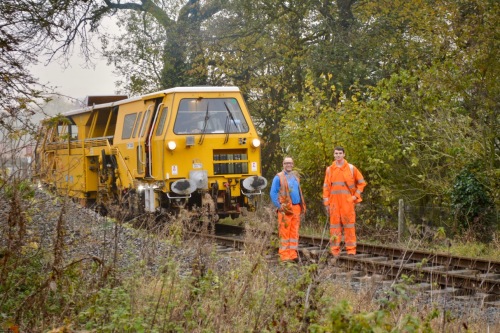 The above picture was taken at the bottom of the garden.

The one below taken from my bedroom window. 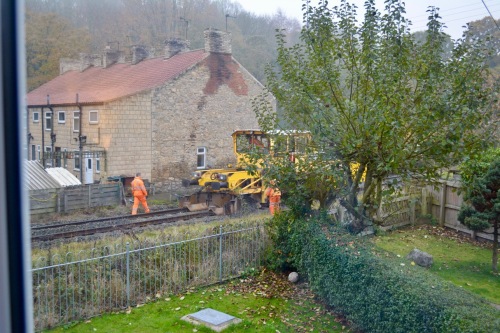 The machine seemed to be levelling the gravel underneath and beside the tracks. There was much laughter and friendly banter going on for most of the day. 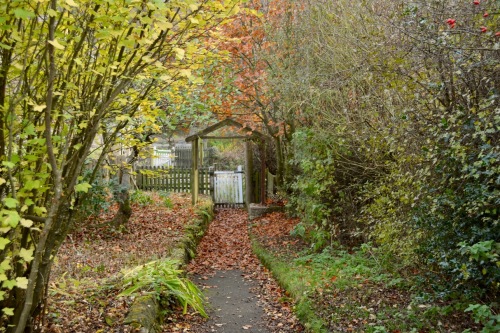 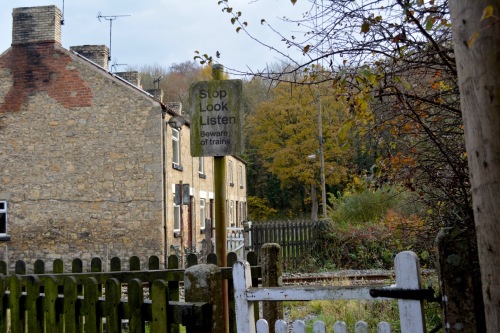 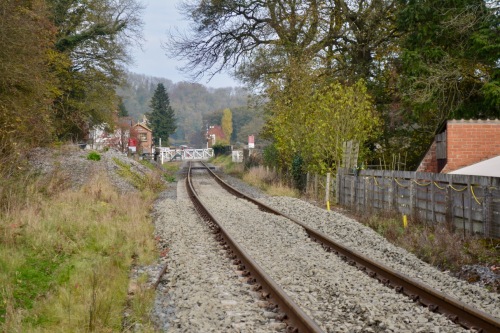 and into the woods beyond

Such a delightful walk

Then just before you got to the station you could cross the railway again and walk back along the path and see all the vintage carriages waiting to be of service.

Then along by the river 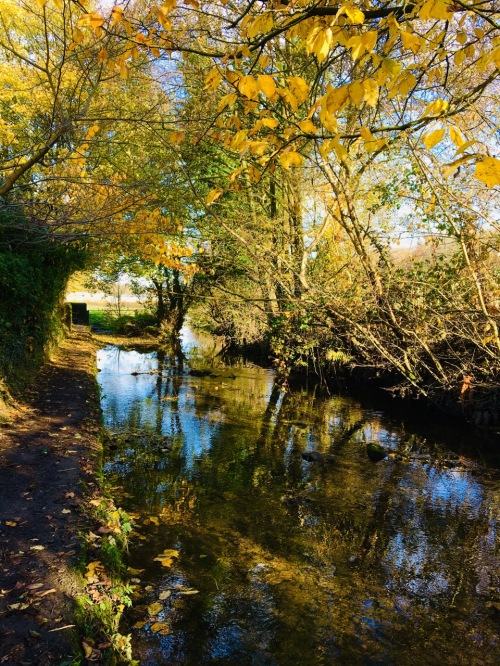 summer gatherings on balmy nights under the fairy lights, a few bottles of wine and warm conversation.

Then back along the path to the cottage, 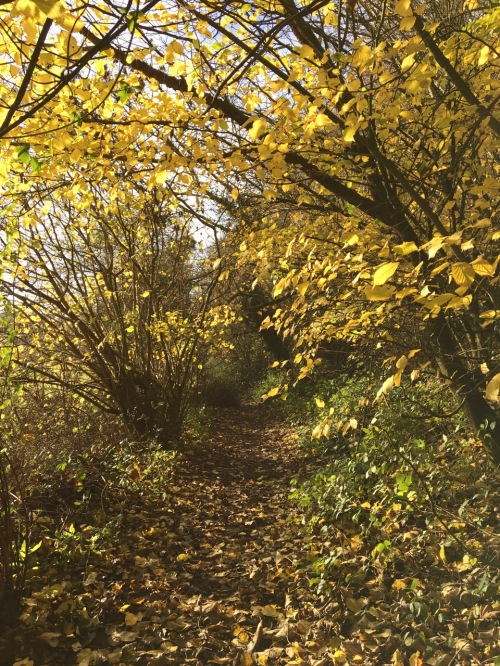 What a delightful walk to the shops.

There was filming going on at the station 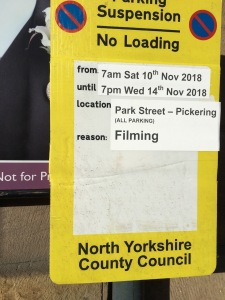 Lights, camera, action! I saw hustle and bustle but nothing very interesting except 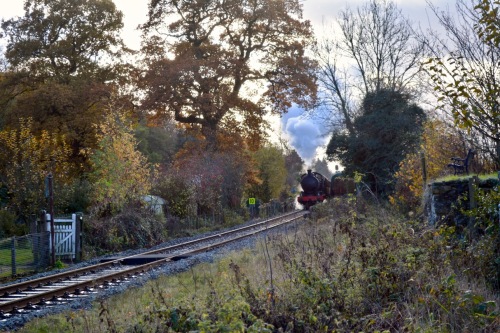 when the train was puffing by and helicopters swooped over head 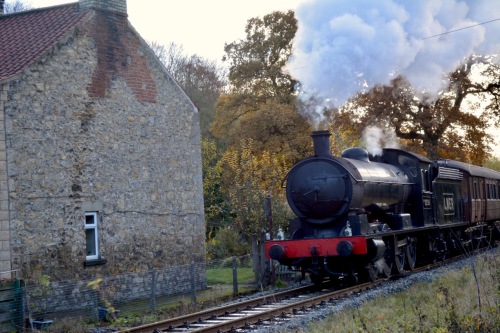 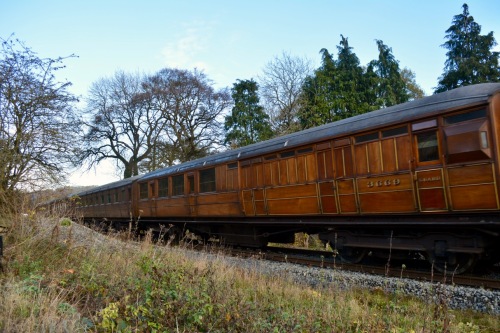 And after all that excitement, at the end of the day, I could cosy up,  light the fire and carry on with my collage …… mmmmmmmm bliss!

I was so happy in that cottage and got to chat with a few of my neighbours there, a little hamlet of about 10 houses. I would have been happy to stay for much longer.

In the next post you wll be coming on a trip to Dalby Forest with me and Cathy, to see that Nissen Hut.

Joining in with Cee’s ‘Which Way’ photo challenge.

hosted now by Son of a Beach.

Click on the photos to see them full screen.

In a Flat Lay on Monday

I’m learning all sorts of new terms through Instagram hashtags. I had no idea that arranging things like this had a name – it is called ‘Flat Lay’ apparently. I have done this ever since I was a kid – I just love arranging things, now I have a proper grown-up name for it.

Joining in with Cathy for In a Vase on Monday.

Silent Sunday in the Karoo

Posted on 12th Aug 2018 by Wild Daffodil in Crochet

Her style takes a bit of getting used to

but so worth it if you can cast pre-conceived ideas to the wind and go with her!

This pattern is a Mystery even to Jen herself, she is making it up as she goes along and each week gives us another few rows to work on. The pattern starts with a flower and then We’re OFF! on a voyage of discovery.

Texture, overlay and all sorts of avant garde instructions follow. 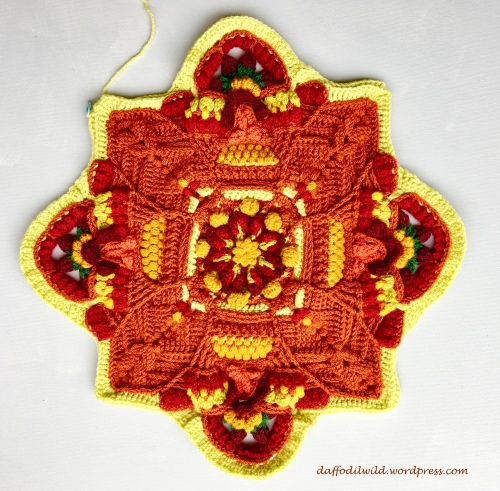 If it were not for the videos, I don’t think I would ever be able to follow the patterns. They are clear and well written but the stitches and methods of achieving them are unconventional, often taking a bit of working out and it makes my head spin.

They are not tutorial videos, but more Jen racing along with her crochet hook and me scampering behind trying hard to keep up! Sometimes I re-play the video 4 or five times to work things out. 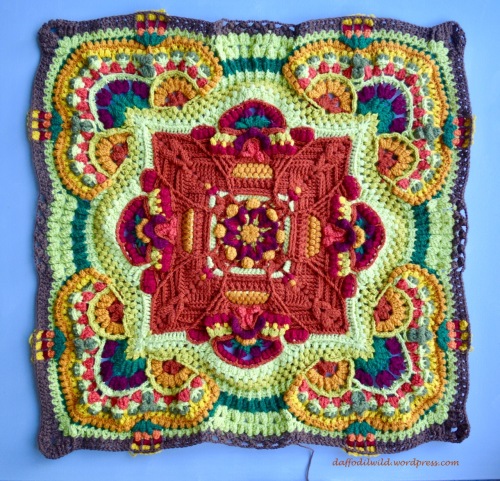 This project is like going on a Crochet Safari – you have to keep your wits about you and you never know what exciting new experience is round the next corner.

It is fun! And I have to concentrate so hard that all other worries melt away for hours on end – so therefore it also gets to be relaxing.

If you want a crochet adventure, this is definitely the right pattern for you!

There are plenty of other brave explorers who have picked up the challenge and you can see all their amazing work on Instagram, Facebook and Ravelry. 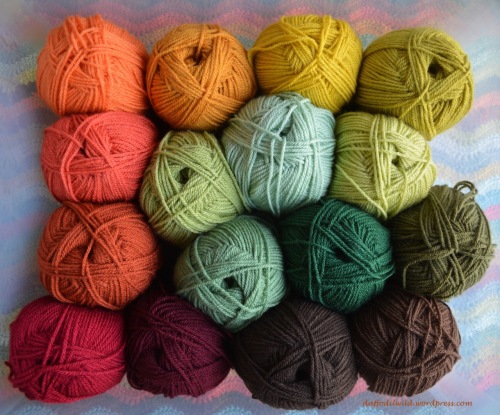 I loved working with Woodland colours for my Woodland Ripple so much, I was just waiting for another project in which I could use them again.

Joining in with Ginny’s monthly Yarn Along.

I rarely read books nowadays but I do listen to stories and dramas on the Radio whilst I crochet and The Little Ottleys has been a delight to listen to whilst going on safari in the Karoo.